Turkish cuisine is one of the best cuisines in the world, says Orhan Yegen, New York City’s perenially accoladed vizier of Turkish cuisine.

Born in Istanbul, Orhan came to New York in 1977 and quickly emerged as a restauranteur of distinction. Diligently crafting his skills into a unique style, he opened his first restaurant, Cafe New York New York, in Hoboken, New Jersey, in 1984, and the Turkish Kitchen, in Weehawken, in 1991. Developing a loyal following, Orhan opened 13 successful restaurants over a 22 year period, becoming a local New York favorite. Orhan has always enjoyed the attention of the media, as well as the recognition of his peers.

In July, 2004, Orhan created his current establishment, Sip Sak, where he continues to create culinary delights with old world flavor and charm.

Your email address will not be published. Required fields are marked by *. 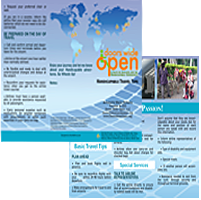 Enter Your Name and Email:

Your Info will Never be Given to Any Third Party... It's Safe with Us